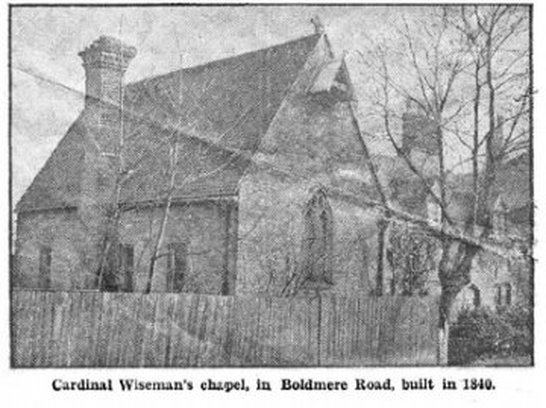 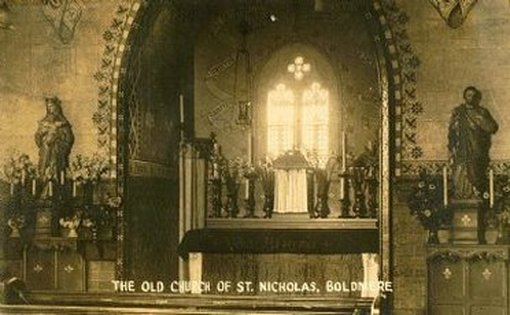 A brief downloadable history and description of the parish is available here.

Our present parish church, at 243 Jockey Road, Boldmere, was opened on March 10th 1953 by Archbishop Joseph Masterson with a High Mass sung by Monsignor Leonard Emery.

The name of the parish church remains that given to the first Catholic chapel built here in Boldmere. Permission was given in 1840 to build that chapel to serve the (then) rural community of Catholic farm labourers who made their home here.

​The title of St Nicholas was given in honour of  Nicholas Wiseman, Rector of Oscott College, who was to become England's first Post-Reformation Cardinal.

Saint Nicholas’ Chapel, was designed by Augustus Welby Pugin (a lecturer at Oscott College at the time), opened in 1841. It was one of the first Catholic churches to be built in the Birmingham district after the passing of the 1829 Catholic Emancipation Act. 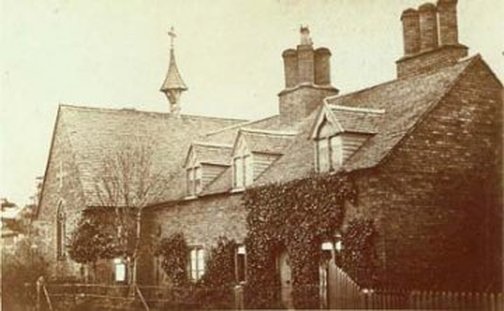 Original chapel and cottages for Priest and a carpenter
The Catholic community of Boldmere did not then have a resident priest, but was supplied first by priests from Oscott College, and later by  Benedictine monks of Erdington Abbey (who made their home there, having been exiled from the German Abbey of Beuron).  Among the eminent Catholic priests who celebrated Mass and preached in the tiny original chapel of St Nicholas were  John Henry Newman, Blessed Dominic Barberi, and Cardinal Nicholas Wiseman. In 1922 the Beuronese Benedictines left Erdington in 1922. The parish of St Nicholas was again entrusted to the care of priests of Saint Mary’s College, Oscott . 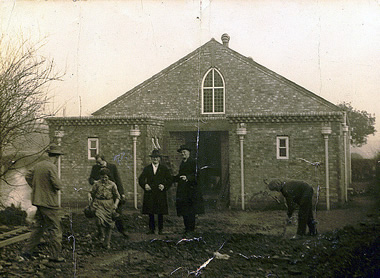 The second St Nicholas parish church, built in 1929
Boldmere had expanded and the chapel, seating 50, was too small.  A second church called “The Institute”, costing £1,600, and funded by loans from the congregation, was opened on December 1st 1929.  A sanctuary screen turned it into a hall and school.

In 1930 Dr. John Cregg became the first resident priest and lived in one of the two Pugin cottages attached to the original chapel (the other was let to a local carpenter).  It was chilly and cramped and his dining room was also the sacristy and confessional.  These dwellings were eventually condemned as being unfit for human habitation.

In February 1932 Dr Cregg moved to a house in Jockey Road that was separated from the second church by eight yards of privately owned land that was for sale for £125. Archbishop Williams approved purchase of the house and freehold land for £2,000, preventing a builder from cutting a road from Jockey Road to Gate Lane for a housing estate.
​
​Dr. Cregg, distressed by the sinking of HMS Hood in World War II with no chaplain on board, volunteered and was accepted to serve as a Forces Chaplain. His place in the parish was taken by Father Basil Wrighton and then, in 1943, by Fr J. Denis McEvilly who took on the work of building the third (and to-date) last church built to serve the parish.

A local Catholic farmer, Robert Plant, left a legacy of £1,000 to build a church on condition that the foundation stone was laid within seven years of his death. In July 1951, with just one day left, Archbishop Masterson laid the foundation stone with a silver trowel, as the Papal flag flew over the site of the High altar. Estimated cost of £16,800 had risen to £18,500 when it was opened and blessed by Archbishop Masterson, on March 10th 1953.

The porch was added in 1957 with a gift of £5,000 from parishioner and former Mayor of Sutton Coldfield, Alderman William Lawley.  Incorporated into the porch is the bell from the turret of Pugin's earlier chapel.

​Father McEvilly died in 1981. The next parish priests were Fr Peter Dennison, Fr Petroc Howell, and Fr Brendan Carrick, who served as parish priest from 1989 - 2002. From 1998 to 2006 the parish had the services also of Father David Bazen (a married former Anglican minister who was ordained as a Catholic priest from this parish).

With generous help from Sutton Coldfield Municipal Charities, Father Brendan had the church decorated. A new font, pulpit, heating system, piety shop and toilets were added and the car park was resurfaced.

Work was progressing on the provision of a new meeting room, to be built behind the church,  when Father Carrick was appointed, in 2002, to serve in  Saint Patrick’s, Wolverhampton.

To his replacement, Fr Timothy Ford, fell the work of preparing for the celebration of the Golden Jubilee celebration of the present church. That Jubilee was celebrated in March 2003, with Archbishop Vincent Nichols celebrating the Jubilee Mass and blessing the new meeting room. The room was named the Benedict Room, (for the Benedictines of Beuron) and contains restored statues of Our Lady and of Saint Benedict from the parish's first chapel.

The Millennium year 2000 was marked by the planting of a Millenium Yew in the church grounds, and by the publication of The Bell, a parish magazine, still going strong over 15 years later.

Fr Ford retired from the parish in 2010 due to health reasons. Fr Van Tien Nguyen, originally from Vietnam, was appointed and welcomed as Parish Priest of Boldmere. In Summer 2011 a new multi-media centre and inter-active whiteboard were installed for use by the parish groups. 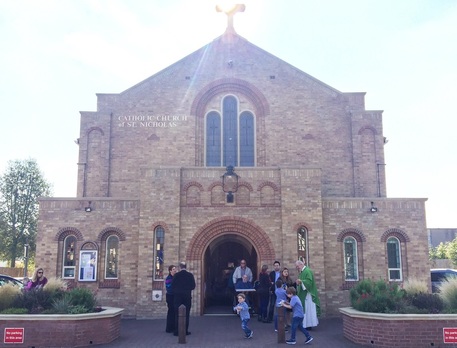 In 2013,  the year of the Diamond Jubilee of the 3rd church, extensive renovation works were carried out to the porch brickwork and roof, and a new cross installed on the front elevation of the church. Together with redecoration and renovation of the interior of the church, these works were enabled by the  generosity of the parishioners​. Bishop Philip Pargeter  presided at Mass to celebrate the parish church's Diamond Jubilee on the feast of Saint Nicholas, 6th December 2013.

In Summer 2015 Fr Van Nguyen began further studies in Rome, and the Archbishop appointed Fr Allen Morris, on loan from the Diocese of Westminster, to serve as Parish Priest in Boldmere and Chaplain at Bishop Walsh School. ​​
​Parish timeline